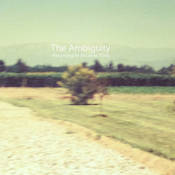 A couple of throwaway tracks and several iffy song-end editing choices mar an otherwise decent listening experience on Returning to Another Time. In fact, I’m not entirely in line with the album until the third track, “Still.” After opening with the 60-second exercise “Remember to Rewind” and the twinkly “Plucking Stars,” which is pleasant enough even if it does seem to simply sit there and repeat itself like a music box before ending abruptly (more on that in a moment), it’s not until “Still” comes in with muted pads that I feel like paying attention. It’s a good ambient drift laid out in chords that nudge their way through a drawn-out melody. It like its foggy feel. It gives way to the album’s centerpiece, the 16-minute track “Dust.” Gritty but minimalist, “Dust” is a gathering of hissing white sound, mournful and distant pads, and tiny-yet-effective accent sounds. Hearing some of them, I literally checked my window to see if a light, pattering rain had started falling. The background noise is soothing in its hush, the chords turn a slow dance, and the extra sounds add depth and dimension and keep me listening attentively. Artist Charlie Broderick guides it down into a thinner feel as it fades toward the end. Segues nicely into “Pulse,” another well-executed ambient piece. It’s not really more than a solid rise-and-fall pad piece, but it’s got a nice warmth that goes well with it simplicity. So there are spots where Returning to Another Time pulls me in; the problem is, there are also some moments that knock me right out of it. Several of the pieces drop off ungracefully at the end. Once might be an artistic choice, kind of a cool wake-up call. It’s been done. But more than that? Feels sloppy. “Plucking Stars,” “Windows/Visual Noise” and “Glare” all snap off at the end, and once that happens. my ride is disturbed, and I have to figure you don’t give enough of a damn about your work—my opinion. This is compounded by the last track, “A Piece of Quiet,” which quite honestly sounds like the artist put a recorder in an empty room, perhaps with an air conditioner, and let it run. Three minutes of barely moving white noise drone with an almost undetectable something-or-other going on under it? Maybe I just don’t get it, but I’ll pass. (And, let’s mention, it also cuts off like it’s been guillotined as well.)

Looking at Broderick’s Bandcamp page, he’s been on quite a tear lately as far as releases go, pumping out new music every month or so. Makes me wonder how much better it might be if he throttled down on the release velocity and instead put a little more attention into the quality. Returning to Another Time is my first exposure to The Ambiguity, and I can definitely say there are some things worth listening to here—it’s just a shame that the voyage is loaded with bumps in the road.