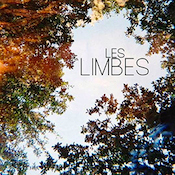 Crusted in thick and gritty heavy metal tropes, from crunchy distorted guitars to viciously assaulted drums, Les Limbes’ debut EP is one of those albums you throw on when you need to break a speed limit somewhere. It’s just four tracks and less than 20 minutes long, but these post-rock instrumentals land with a fair degree of force. “Hypersonic” is a barreling train of sonic goodness that stops in the middle to grab a breath before finding another level of intensity. A three-chord descant that repeats over and over throws an anthemic feel into the mix. The last minute of this track is big and meaty and fun. “Strangers to Everyone” drops the tempo and picks up more of an indie rock swerve, but still has that metal edge. “Thousand Billion Broken Ideas” puts the bass up front and lets it grind away. Vocal drops repeating the title are a nice touch. I feel like I hear an Incubus influence in the sound and structure here, with the raw potency of Rage Against the Machine. My favorite of the four. “Zeitgeist” starts out feeling like a bit of an indulgence, coming in with unaccompanied piano that swells into a hammer-fisted blast of chords like Rachmaninov gone mad. I don’t get into this one until late in the track when wah-wah’d guitar lines start strafing the area–but by then I’m also done with the “let’s do a power ballad” mindset.

As a quick listen, Les Limbes works well. The group has energy and chops to spare, but cleaves pretty closely to a safe heavy post-rock style. It’s a great album to toss into a mix, and shows a lot of potential for work yet to come. Have a listen.