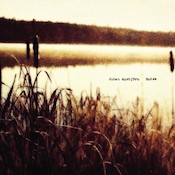 Feeling down? Rough day? No worries. Johan Agebjörn just showed up with a copy of Notes, and everything’s going to be all right—or at least seem that way for 45 minutes or so. Between slightly fluffy, sometimes jazz-tinged instrumental tracks and a handful of vocal offerings that range from shoegaze-y quiet to smoky lounge, Notes stuffs a lot of feel-good into just over 45 minutes. Some may have a small problem, as did I at first, getting through the sugar-glazed barrier that is the opening track, “The Right to Play,” but I came around to the thematically appropriate charm of its shiny little notes running up and down the keyboard. Just as a side note, my ears keep hearing the central riff as kind of day-glo revisitation of Iggy Pop’s “The Passenger.” (Though I must say, Johan—although it fits the title, the slide whistle is a bit much.) And unless my ears deceive me, and they may, that central riff finds its way into several of the tracks. I believe I hear it in the moody waltz of “The Boy Who Thought It Was A Good Idea To Cry” and later, slowed down, it re-emerges as the melody for “The Leftovers.” I quite like that track, with guest artist Loney, Dear sounding like a man talking to himself during a a walk in the rain. Agebjörn’s backdrop stays quiet, a combination of misty susurrus and a walking bass line, letting us focus on the rhythm and impact of the words. Agebjörn offers a particularly strong duo in the combination of “Will They Forgive Us” and his remix of Brain Machine’s “Alpha Beta Gamma.” The first is a nice blend of hurried sequencer lines and silky flute, with a thumping beat folded in. The mix of fast and slow works very well. Take a moment to admire how smoothly Agebjörn slips into “Alpha…,” the beat rising in force as cool electric piano notes lay down a jazzy lead. The toes, oh how they will tap.

As for the vocal tracks, which I don’t normally review, as I mentioned above, I very much dig the Loney, Dear collaboration. Sally Shapiro, with whom Agebjörn collaborates regularly in a project that bears her name, appears on two tracks to lend her high, elfin tones. Not my favorite moments on the release, but a fine addition. Canadian dream-pop band Young Galaxy bring the shoegaze element in the form of “You Passed Through.” Vocalist Catherine McCandless’ voice has a smoky ennui and mild sadness about it that works well on the track.

All in all, Notes is a nicely constructed, thoughtful album that’s easy to float through. Where it’s light, it’s very light. Where it wraps itself in a dreamy fog, it gets better. I can’t say for sure whether Agebjörn is playing with the idea of manipulating a central musical theme and seeing in how many directions he can take it, but there are moments that ring with a touch of sameness. Mind you, it works, but some might feel slighted at hearing the echoes. Still, an enjoyable release from Johan Agebjörn that you should hear.