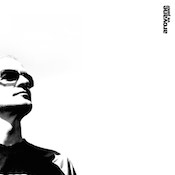 After almost a decade away, Arovane returns to unleash some snappy glitch work on Ve Palor. These dozen tracks fall into a fairly standard structure where the glitch is supported by cool melodies, with the slower, unbroken pace of the “song” working to offset the rapid-fire patchwork of the electronics. “Leptr” is a great example. The melody is kept low in the background, humming and sighing its way along against spatters of glitch and an insistent beat. The title track hits it, too, with the melody laid out in light tones like a muted steel drum laced beneath an irresistible beat and curling gurgles of electronoise. The blend is flawless as Uwe Zahn plays with the dynamics and density. “C LL T” is crisp, with bright overtones and a drawn-out pad, just a little buzzy around the edges, drifting along underneath it. “Deev” curves in on a snaking bass line that takes the forefront. Surprisingly, the singleness of tone doesn’t get old. There’s plenty going on underneath to hold it up. This is pretty much how it goes; Zahn’s glitch constructs are complex, with even the barest scraps of sound making a difference, and the melodics ease their way into your brain. For me, there are places where the frenzy of sound goes a bit too far into chaos, but Arovane smoothly pulls things back into line and carries on before I have enough time to really complain. While Ve Palor doesn’t add much new vocabulary to the glitch lexicon, it’s a solid lesson in How It’s Done.