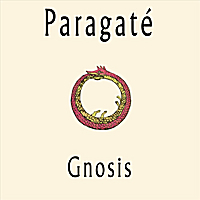 Representing the best of 22 years of collaborative efforts between four artists led by Tim Risher, Gnosis ranges from easy ambient constructs to folksy meanderings to complex experiments in sound. The idea of each piece is to improvise within the framework of a set of rules: a group of chords or a shifting rhythm, for example. The result is usually something tightly interwoven and redolent of a quite workable chemistry between musicians. Even when things go a touch left-field, as with “Hello,” the oldest track here (dating from 1987), it’s not entirely objectionable. That being said, however, Gnosis is at its best when the work builds around simplicity and depth of sound. “Aubade,” with Risher and Ted Stanley working a bowed piano while Tom DePlonty offers a piano meditation, takes its time forming itself in long chords, a bit of abrasive texture and a clockwork rhythm. There’s a similar quality to “Liquid Sifting,” a 2010 track from Risher and Charles Baker–that slightly hesitant rhythm, an almost uncertain (but charmingly so) pacing. There’s an element here to Risher’s melody that reminds me of a Gary Burton piece, the name of which I can’t recall. The highlight here is “Cork on the Waves,” a 10-minute track with a tone-poem quality that takes added character from a spoken-word element by DePlonty that eases in and out. (I chose this track to open my podcast #39.)

I’m always intrigued by the chemistry between artists, particularly in this sub-genre where solo acts are the norm. Gnosis stands as a tribute to the enduring shared passions of Mssrs. Risher, DePlonty, Baker and Stanley, and offers a lot of good listening. Here’s hoping we don’t have to wait another 22 years for the next disc from Paragaté.

One thought on “Paragaté, Gnosis”